Finding the replacement for van Dijk? 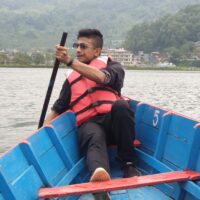 Things to note: These stats are representation of the data in terms of his tactical role /duty in his team and generally represents the players overall quality too as the team is generally built making sure the players abilities/strengths are capitalized to the maximum. However, the data might not accurately represent the qualities/characteristics of a player as the stats could be directly related to the team tactics leading to some sacrifices in individual quality/stats.

Virgil van Dijk’s injury is a huge loss to Liverpool. The defender was injured following a collision with Pickford during the Merseyside derby on 17th October 2020. The defending champions just lost their best defender and the worse news is that he is most likely to be out for 6-7 months. Having suffered from a ‘stage three ACL tear’, it looks like Liverpool most probably will be without the services of Van Dijk this season.

But Van dijk’s injury isn’t the only injury Liverpool will have to worry about as they will be without Joe Gomez too for a significant part of the remaining season having been injured on international duty. The only recognized centre back they have now is Joel Matip who will be relied on. The double injuries could force Liverpool to use Fabinho as an emergency centre back and liverpool will most likely look for defenders during the upcoming transfer window. So we take a look at the data of defenders and youngsters from several teams of the top 5 leagues from the previous season to date and study who can be the perfect replacement for Van dijk that Liverpool can sign during the upcoming transfer window.

When finding the replacement for Van Dijk , we will look at his strengths and use those as elements for the data analysis.

When it comes to being strong in the air, there is no one beating Van Dijk. He is very scary when it comes to aerial duels and his strong heading abilities make him a threat even from set pieces. He has a aerial win percentage of 79.9% and 4.62 aerials won per 90 which just shows his dominance in the air.

Apart from scoring goals from set pieces, he plays the role of a ball playing defender. His role is not just limited to defending duties but is also involved in the attack and contributes to the final third thanks to his passes (6.41 per 90 minutes) .He even progresses 625 yards per 90 minutes which shows how he loves to move the ball towards opposition goal and bring the ball out of defence.

The ability to control the ball and show composure is really important for a defender who is the back line of the team and any misplaced pass could lead to an opposition attempt. Virgil is really good with the passing and holds 90.4% pass completion. The amazing thing is while Virgil tends to play long passes as a part of his role to break down defences, he still holds 85.7 long pass completion % which shows how accurate he is with providing long passes.

Liverpool tend to play with a high line and are really vulnerable to counter attacks from other teams. Moreover, the fullbacks tend to push themselves higher up the pitch leaving the back line exposed. This is where Van dijks clearance and defending ability comes to use. He isn’t a player that tends to get that much involved in tackles or interceptions with only 0.86 successful tackles and 0.95 interceptions per game.

The reason behind the low numbers is mainly due to his passive duty as the more active duty and role to apply pressure, tackle , try to intercept the ball by going ahead is given to his counterparts Gomez (1.34 successful tackles per 90 and 1.69 interceptions per 90) and Joel Matip (1.83 successful tackles per 90 and 1.77 interceptions per 90) as he is required to position himself well and concentrate to counter any opposition moves such as through balls, long passes etc. mainly during counter attacks and fast transitions so, as a result of that , his ball clearances per 90 will be higher as a result of the tactical roles which stands at 3.84 per 90 which is pretty good. But that doesn’t mean he isn’t good at tackling and interceptions. The graphs below should explain that.

Only a few players that are similar to Van dijk’s stats by some extent are shown. (Others are removed or are not labeled)

Now we will look at how the defender contributes to the team offensively. We will not be taking their xG stats but will look at how they help for the attack i.e. playing balls breaking down defence, bringing the ball out of defence, progressing with the ball further up the pitch. So we will basically look how much the team contributes into playing the passes into the final third and how much the player progressed towards the opposition goal via passes/carries per 90 in yards and analyze.

Only a few players that are similar to Van dijk’s stats by some extent are shown. (Others are removed or are not labeled).Data from 2019/20 season.(all comps)

Only a few players that are similar to Van dijk’s stats by some extent are shown. (Others are removed or are not labeled)

Van dijk’s role as a defender is to just position himself and perform ball clearances and let his counterpart mainly with the job to apply pressure, get in tackles, interceptions. This doesn’t mean that Van dijk is bad at tackling and intercepting the ball because that’s not true its because of his role in the Liverpool system. His intelligence and ability to read games makes him a beast in tackles and interceptions if needed.

Here we will just take a look at their clearances, so x=players y=ball clearances per 90

Things to consider: Something that data analysis doesn’t provide is the fact that Van dijk’s leadership qualities, his smart positioning and gameplay and his composure makes him an irreplaceable figure in the Liverpool squad and his role in the team is more than what the data provides. Hence, data just provides an outlook on his stats, not his role on the team (like leadership role etc.).

Who can replace Van dijk then?[As per data analysis]

He can be the perfect replacement for Van dijk.

Aerial dominance: 80.2 percent compared to Van dijk’s to 79 showing his dominance in the air.

Contribution in the final third: 6.70 passes into final third compared to 6.41 per 90 of Van dijk and yards progression of 723 yards per 90 compared to 625 of Van dijk showing he can play defence splitting long balls, play ball under pressure and bring ball out of defence.

Clearances per 90: 3.53 per 90 compared to 7.01 of Van dijk. Van dijk only outperforms Niklas when it comes to clearances but not on interceptions and tackles which also shows that these players have different tactical roles (in terms of being aggressive or passive) in certain situation. Nevertheless, both of these players are excellent when it comes to defending.

All in all, the things included, he is the perfect player for the system. He’s also really smart, positions well, reads the game well and even has leadership qualities but Bayern Munich will not let go of him. The decision of ‘no’ is 100% percent when it comes to Bayern Munich selling star players. However, expressing interest on the player is the only real way to find out.

There are other less likely to happen transfers too, so will probably not include them in the article. We included Niklas Sule however as he outperforms everybody when it comes to replacing Van dijk, even outperforming Van dijk himself.

More likely to happen replacements for Van dijk in the transfer window: (in no rank)

1. Jerome Boateng: His contract expires on 30.06.2021 and Bayern generally don’t prefer to continue with players over 30 and so, he will most likely be a free agent by the end of the season. If Liverpool are interested, they only need to pay a few millions (very few by the way) to bring him in the transfer window with only 6 months on his contract. He is still class, experienced and can fill the role of Van dijk easily for the time being. Moreover, adding Boateng would also provide them squad depth even after Van dijk’s recovery and could even be a starter alongside Van dijk.

2. Jonathan Tah: Still only 24, quite young for a defender, he still has lots of years ahead of him. After the failed move to West Ham during the last minute in the last transfer window, he will stay with Leverkusen for now. It was reported that the transfer fee would be £30 million if they were to let him go last window. That fee will most likely drop down this upcoming window if Bayer are to let him go so Liverpool should consider Jonathan Tah who can not only be a short term replacement but can also play a long term role for Liverpool given he is young.

3.Kurt Zouma: He still has 3 years left on his contract which means Chelsea don’t have any pressure to let him go and he is also a regular starter for Chelsea which could make is hard to lure him to Anfield. However during the summer transfer, Everton were pushing hard to get Zouma with a reported £36million transfer fee with Chelsea even open to selling him. Whether or not the situation will remain the same in the upcoming window remains to be seen but Liverpool should also keep an eye on this player.

4. Zagadou: This one is the most interesting one. Still only 21 and considered a massive prospect of the future for Dortmund, as per the stats from last season, he can fill the role of Van dijk easily. The problems however are his injury and Dortmund’s reluctance to maybe let the player go unless and until they get a good fee for the player. He does lack concentration but will improve on those aspects with age and experience. There is no one denying Zagadou’s talent but it will be harder for Liverpool to steal this player away but not impossible.

The data’s and graphs if you wanted to take a look at :

The graphs for a better understanding:

2. Passes into final third per 90 vs. yards progressed per 90

4. Clearances per 90 vs players

Jerome Boateng, Zagadou, Jonathan Tah, Zouma are all players that Liverpool can afford and are more likely to happen if the team wants to bring during the summer transfer window and have the most matching profile with Van dijk in terms of stats as shown by the data analysis.