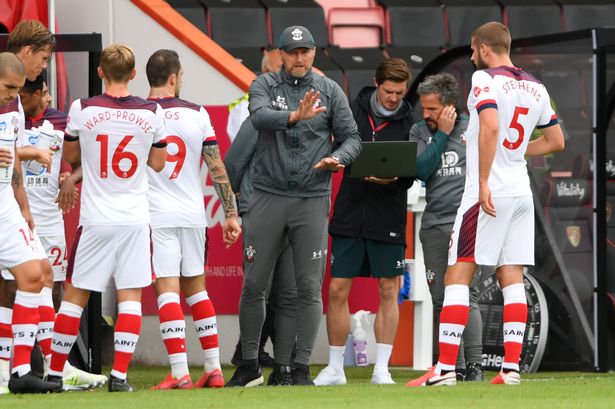 Southampton were sitting in the top half of the table, as I was penning this article. With the impressive stats and notable wins against top teams in the division, Saints are pretty much in the zone for the elite European competitions next season. But how did a club, who were languishing in the bottom half of the table two seasons ago, end up being such a successful team? Here, at this juncture, we meet a man named Ralph Hasenhuttl, a soft speaking, energetic Austrian manager who took over a depleted Southampton side back in 2018 and turned them into one of the most exciting teams in Europe right now.

Born and raised in the Austrian football culture, he spent much of his playing days in Austria, Belgium, and completed his career with the reserve team of Bayern Munich. After brief stints as a youth coach and an assistant manager, Hasenhuttl got the first taste of being a head coach at SpVgg Unterhaching in 2007. He continued in the role until he was sacked in 2010, following which he was appointed as the head coach of the third division club, VfR Aalen. The club was sitting 16th in the league table and fighting relegation. But by the end of the season, they had avoided relegation, and went on to win promotion next season. After his successful tenure at the club, he resigned from his role and went on to join tier 2 Bundesliga outfit FC Ingolstadt 04 in 2013. Here he managed to help FC Ingolstadt  04 achieve the impossible feat of gaining promotion into the Bundesliga the following season. After these brief successful stints, he finally got the job at RB Leipzig in 2016 and with them incredibly finished second in the Bundesliga. But his success was short-lived as the club failed to replicate the same success next season, as they manage only to finish sixth in the table. Due to this, he was replaced by Julian Nagelsmann in 2018. Soon after, Hasenhuttl was appointed as Southampton manager in 2018, succeeding Mark Hughes, becoming the first Austrian to manage a premier league side. He took the club from a relegation-threatened side to an attacking powerhouse within the span of a short time, in the process replicating a success Mauricio Pochettino had achieved a few years back.

The Style of Football

Hassenhuttl was dubbed ‘Alpine Klopp’, for his similarity in philosophy to that of Liverpool manager Jurgen Klopp. Hassenhuttl plays direct football, exerting the importance of the high press, the high intensity in his teams which is quite similar in structure to that of Klopp’s famous gegenpressing style. During his time in Germany, he had looked at the training camps of Borussia Dortmund and Borussia Monchengladbach, and it is therefore evident, that his style has its influences down the years. “Pressing, Hunting, be hungry. When you have the ball, find a quick decision, the quick transition to the front. It’s all about being emotional, being full of passion and also, keep the tempo on a high level and don’t slow down the game. “That’s what I think people want to see”, Hassenhuttl once quoted. It is not a surprise that his approach is quite similar to many young managers, like Diego Simeone or even Brendon Rogers who favours a quick transition of the ball, using smart passes through the tight spaces in defences. Meanwhile, Simeone is the manager, who is credited to have brought back the traditional 4-4-2 into the forefront of attacking football in recent years. 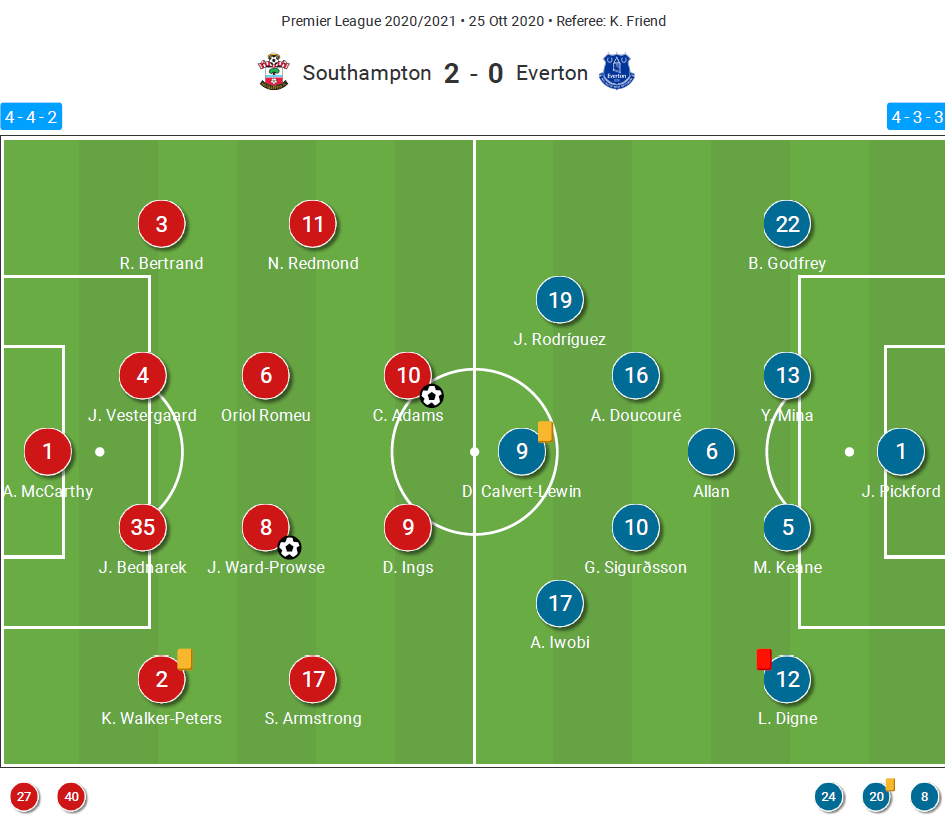 Hassenhuttl, deploys, a 4-2-2-2 formation during attacking, and a 4-4-2 formation while defending in their half. This transition is achieved in many ways, depending on the opponent’s team structure and the style of play. The majority of teams have the numerical advantage in midfield against Southampton who play with Jamie Ward Prowse and Romeu in the middle, with the former being a more creative player in the middle. To compensate for this disadvantage in the middle, Southampton often incorporate the use of narrow blocks in the middle with wide wingers, thus cutting short of passing lines between opposition players. Also, the presence of wing-backs like Bertrand and Walker-Peters play a key role in this system as both these players are the choice for the quick counter-attack and gegenpressing style in the opposition half. Gegenpressing or counter-pressing is the style of play in which you win back the ball in the opponent half, closer to goal, by exerting pressure and cutting off passing lanes. As the way Klopp uses Gegenpressing, Hassenhuttl also employed this system often at Southampton with Walkers Peters and Adams often putting excessive pressure on the other side of the field. Another key attribute is their ability to map out the game plan during the game in dictating play and developing pressure triggers throughout the game. The ability of players like Vestergaard in committing long balls and diagonal passes shows, how good they could utilise the vacant spaces in the middle of the park while playing against teams with a high backline. 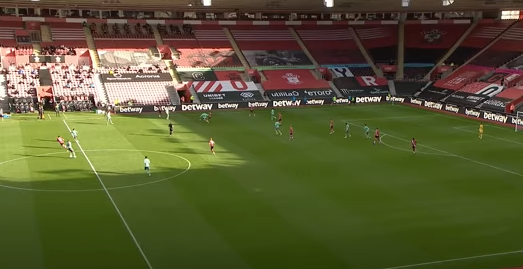 This was rather obvious with the likes of players like Che Adams and Danny Ings, who loves to drop back into midfield and prowl around the pocket spaces in the defence. Rather than high press similar to the one employed by Manchester City, Hasenhuttl’s side play with a mid-block, which provides a better choice for defending and attacking as compact as a unit. This style is similar to the one he tried at Leipzig. The more complicated the game plan seems to look like, the less it looks on the team sheet. But the formation has its demerit considering playing against a team who defend deep and try to counter though breaks. It was pretty much evident against Spurs, where Harry Kane was able to quickly find spaces in Saint’s defence from different areas of the play. This played out similarly against Manchester United, where they failed to capitalise on a two-goal deal, as Cavani was able to find spaces in Saints midblock to create clever passes in between the lines. With the way, Southampton are playing right now, by getting the right results, it will be very interesting to see where Saints will end up this season. 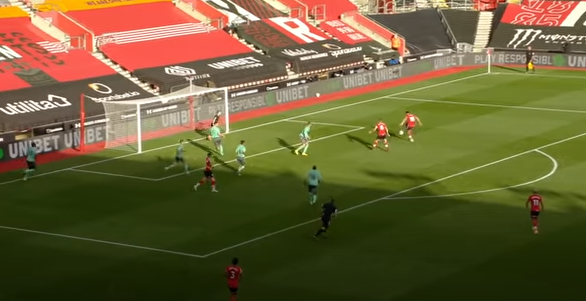