Can Arteta take Arsenal back to their glory days

Mikel Arteta, the Spaniard was announced as the new Arsenal manager on the 22nd of December 2019 after a terrible run that Arsenal had endured during the first half of the season under the ex PSG boss, Unai Emery. 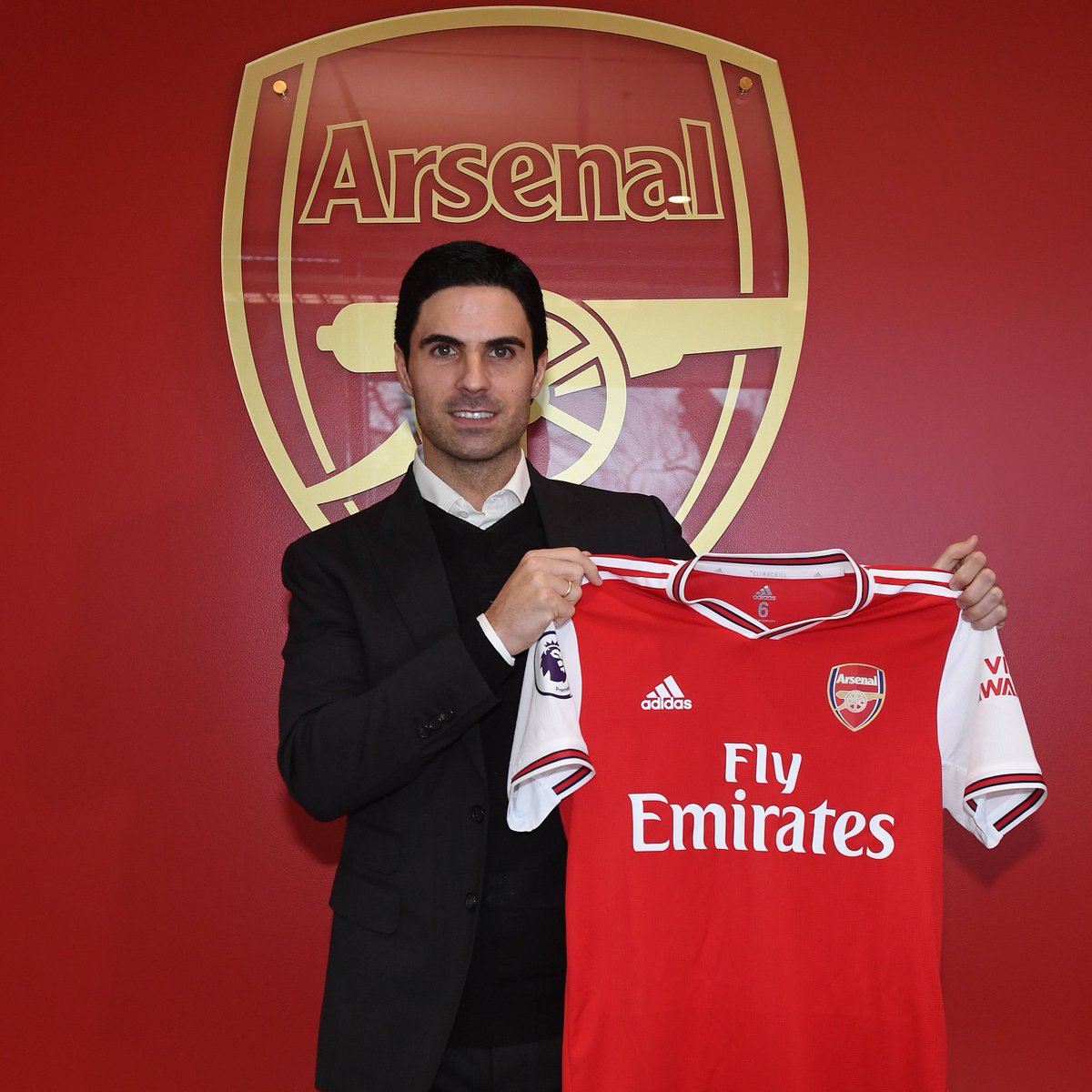 After Arsenal’s incredibly long and Illustrious run under Arsene Wenger ended, the football club needed someone with the right credentials to pick up where Wenger left off. In Wenger’s final season at the helm, Arsenal was lacklustre during most parts of the season, it was obvious that the play had gone stale and a change was required. They finished 6th in the Premier League table, were knocked out in the third round of the FA Cup by Championship side Nottingham Forest, were hammered 3-0 in the EFL Cup Final and lost 0-1 at home to Atletico Madrid in the Europa League Semi-Final after drawing 1-1 away. They did win the community shield beating Chelsea 4-1 on penalties after a 1-1 draw after 90 minutes. 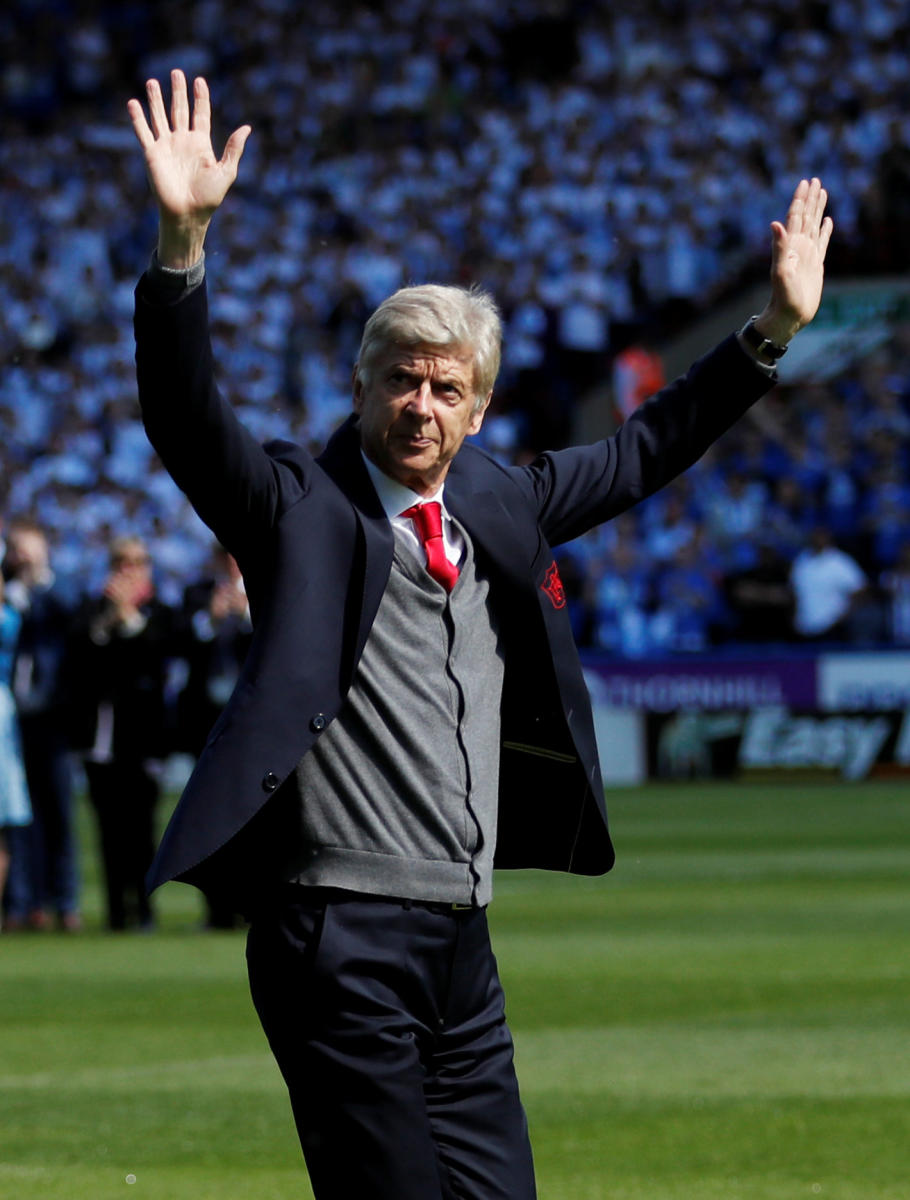 Before that season ended, Wenger had already announced that he was going to leave the club from North London, ending a run that lasted over 2 decades putting him up there with the likes of Sir Alex Ferguson. After Wenger departed at the end of a rather underwhelming season, Unai Emery was, surprising announced as the new Arsenal manager as mostly up till that point, Arteta was poised to take over. The French coach had an excellent track record with both the previous teams he managed, Sevilla and PSG. He made history at Sevilla by winning the Europa League back-to-back-to-back. It was one of the most decorated runs in the history of the Spanish Club. At PSG he won the League title once during his tenure of 2 years also winning two Coupe de France trophies, two Coupe de la Ligue trophies and both Trophee des Champions along the way. But Emery’s time at Arsenal was horrific, to say the least. Emery couldn’t get the fundamental problem at Arsenal sorted out. He did give fans some moments that made them hopeful that change was coming, like the 22 games unbeaten run and the Europa League final appearance (in which they were battered by their London rivals) during his first season but the problems were obvious, not a lot had changed since Wenger’s departure, they were still collapsing under pressure mostly away from home, they were leaking goals left right and centre. Even though they had a brilliant attacking duo in the shape of Alexandre Lacazzete and Pierre Emerick Aubameyang, their defensive mistakes and an overall lack of stability were blatantly obvious. They did put up some good performances here and there in the season, the Europa League clash against Napoli across two legs showed what that Arsenal squad was capable of, defeating both Chelsea and Manchester United in the league by a 2-0 victory during this transition phase was a massive W for both the fans and the players. Emery reduced the damage Arsenal was enduring during the season, they went from 13 defeats the previous season down to 10 in the League, they moved up from 6th to 5th (could’ve made it to the top 4 if not for the absolutely horrible final stretch of the season), and secured 7 more points than what Wenger did in his final season, but the downs were more than the ups.

Emery had a nightmarish start to the season as he faced defending champions Manchester City in the opening game and Local Rivals Chelsea in the second. For a new manager trying to rebuild a club that is in shambles, this was not what he would’ve wanted. They lost both their opening fixtures in the League, but then came the ups. They went on a 22 game unbeaten run from that point forward managing points and wins along the way. To the fans, it seemed that Arsenal could make it to Champions League this season and a top 4 finish was viable but a torrid midseason followed by an absolute collapse towards the end. They won only 3 of their last 8 fixtures and drew 1. If they would’ve performed only a tiny bit better, Champions League football was knocking at the door, but inconsistency bit them from behind, as it had all through the season. Many fans would consider this season a win, they performed better, the squad was comparatively better than it was under Wenger, and with Sanchez going to United, they had one less controversial figure in the dressing room, fans hoped that the next season would be a better one and that one trophy could be expected, but fate had other plans. 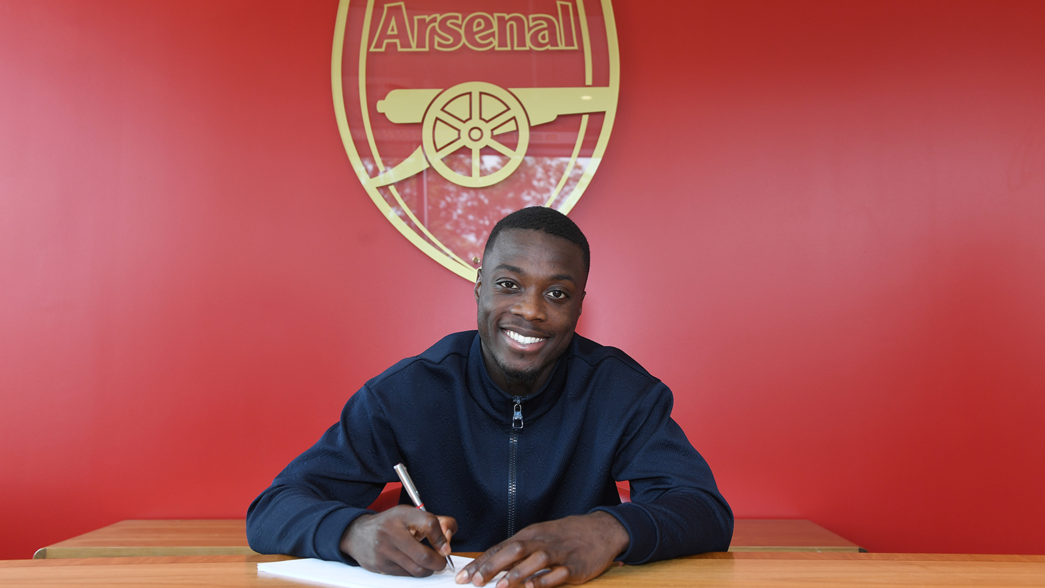 Arsenal spent over £100m during the transfer season with player acquisitions like Nikolas Pepe, Mateo Guendouzi and the infamous David Luiz. Pepe had an injury-stricken start to his life at the new club but Guendouzi impressed whenever he played. David Luiz was brought in from Chelsea in hopes of strengthening a defence that consisted of Sokratis and Mustafi (spoiler alert: he only made it worse). What can we say, the season started off even more abysmal than last time, they just won 4 of their opening 13 Premier League games losing to Liverpool and Sheffield United in the process. Emery gathered as many points in his 51 games as the manager as Wenger did in his last 51 games as a manager in the Premier League. His final game, the 1-2 loss at home to Eintracht Frankfurt set the record for the clubs longest winless streak even since before Wenger took over. This record goes back all the way to 1992. This game was the final nail in the coffin for Emery as he was let go by the Arsenal board and Freddie Ljungberg was appointed as the interim manager and Arteta was poised to take over soon. Emery left Arsenal at 8th, 19 points behind the eventual Champions Liverpool and 8 points off the Champions League spot. Ljungberg during his tenure at the club won 1 game, drew 2 and lost 2, a spell Arsenal fans forgive as there wasn’t much expected to begin with.

Finally, on the 22nd of December 2019, Arsenal announced the appointment of rookie manager Mikel Arteta as the head coach for the club. Arteta, even though not having any managerial experience had been under the guidance of arguably one of the world’s best managers, Pep Guardiola at Manchester City. With Pep as one’s mentor, the person has a lot to learn, and Arteta did. Pep had rebuilt Manchester City, he made them into the dominating force that they are in England, he was behind the team that secured a record number of points in the 17-18 season alongside the record for most goals. Pep had made City a team to fear and Arteta was there learning every step of the way. Arteta acquired one of the most important skills at City, man-management. Arteta’s man-management skills helped build up a player like Leroy Sane. When Sane first joined City, Arteta took him under his wing and worked hard on Sane and we can all see the result now, Sane has turned into a world-class winger and with his move to Bayern, trophies await the German International. Under Pep, Arteta had managed the game against Arsene’s Arsenal. Pep had entrusted the Spaniard with the task and Arteta delivered. City won 2-1 against Arteta’s soon-to-be club with Sterling getting the decisive goal.

City days aside, Arteta had a mountain to climb at Arsenal, the team was horribly dysfunctional, the chemistry was all but dead, the midfield had a lot of talent but needed directions and the defence… well the less said about that the better. Even with all these shortcomings, Arteta has managed some success, he has shown that discipline is the utmost important thing for him and that the club needs a change in attitude. He dropped Guendouzi from his squad post-COVID break for erratic behaviour on the training ground. He has removed Ozil from the squad entirely and brought in young talents like Nketiah, Willock and Saka, players that showed motivation. Arteta likes to play out from the back but given the lack of quality in the Arsenal defenders would definitely be looking for some changes during the transfer window.

Arteta sets up a 4-2-3-1 formation on most days, with Luiz expected to play the long balls from the back and get the play moving upfield. The left-winger and central midfielder often play centrally allowing the fullbacks to push upfield. David Luiz, even though his defensive qualities are suspect has a tremendous passing range, Arteta utilises this by calling him upfield and using a midfielder like Xhaka to cover for him defensively. Arsenal has shown signs of improvement, the new talents such as Nketiah and Saka have been a massive boost of confidence for the supporters and if the defence is able to match the quality that is present across the rest of the park, Arsenal can challenge for the top 4 spot again next season, provided they can keep hold of Aubameyang who is a key player to any success Arsenal has had over the last few years.